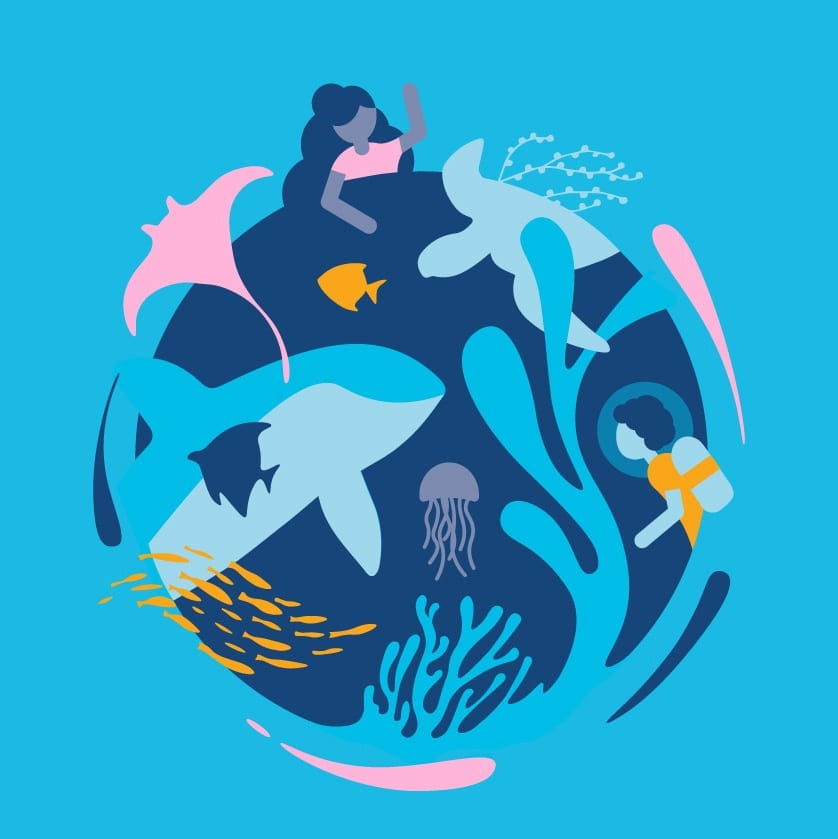 Save marine life. Reduce your use of plastic.

On 8 June each year, we celebrate the ocean, its importance in our lives, and how each of us can protect it, no matter where we live. World Oceans Day raises the profile of the ocean, connects people worldwide, and inspires continuing action year-round to protect and restore this amazing resource that we all depend on.

We celebrate World Oceans Day to remind everyone of the major role the oceans have in everyday life. They are the lungs of our planet, providing most of the oxygen we breathe. The purpose of the Day is to inform the public of the impact of human actions on the ocean, develop a worldwide movement of citizens for the ocean, and mobilise and unite the world’s population on a project for the sustainable management of the world’s oceans. They are a major source of food and medicines and a critical part of the biosphere. In the end, it is a day to celebrate together the beauty, the wealth and the promise of the ocean. 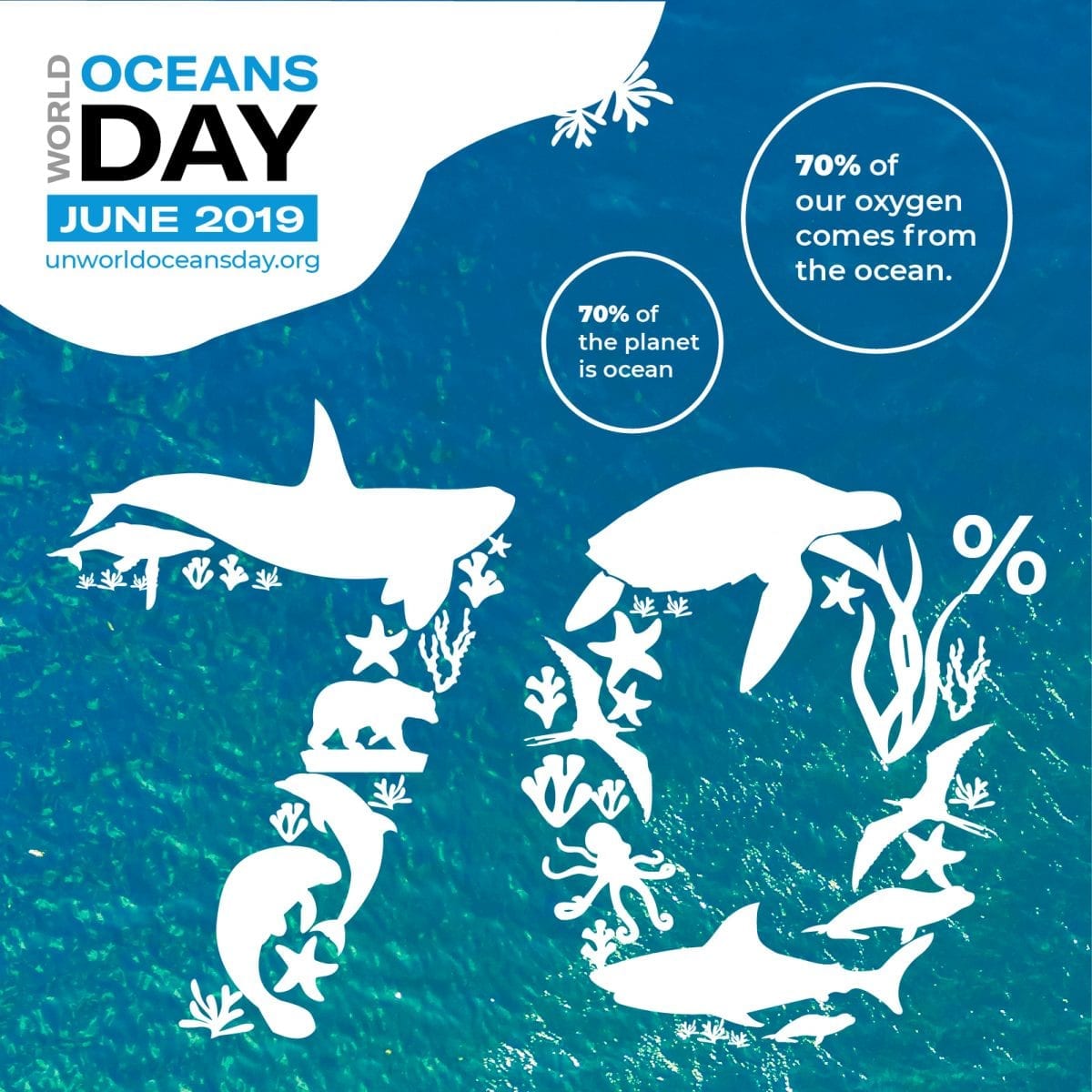 In 2008, the UN General Assembly designated 8 June as World Oceans Day. The concept of a ‘World Oceans Day’ was first proposed in 1992 at the Earth Summit in Rio de Janeiro as a way to celebrate our world’s shared ocean and our personal connection to the sea, as well as to raise awareness about the crucial role the ocean plays in our lives and the important ways people can help protect it.

UNESCO’s Intergovernmental Oceanographic Commission (IOC) sponsors the World Ocean Network, which since 2002 has been instrumental in building support for ocean awareness events on 8 June.

Focus for 2019 World Oceans Day: Gender and the Ocean

This year’s theme is an opportunity to explore the gender dimension of humankind’s relationship with the ocean.

This year, we strive to build greater ocean and gender literacy and to discover possible ways to promote gender equality in ocean-related activities such as marine scientific research, fisheries, labour at sea, migration by sea and human trafficking, as well as policy-making and management. 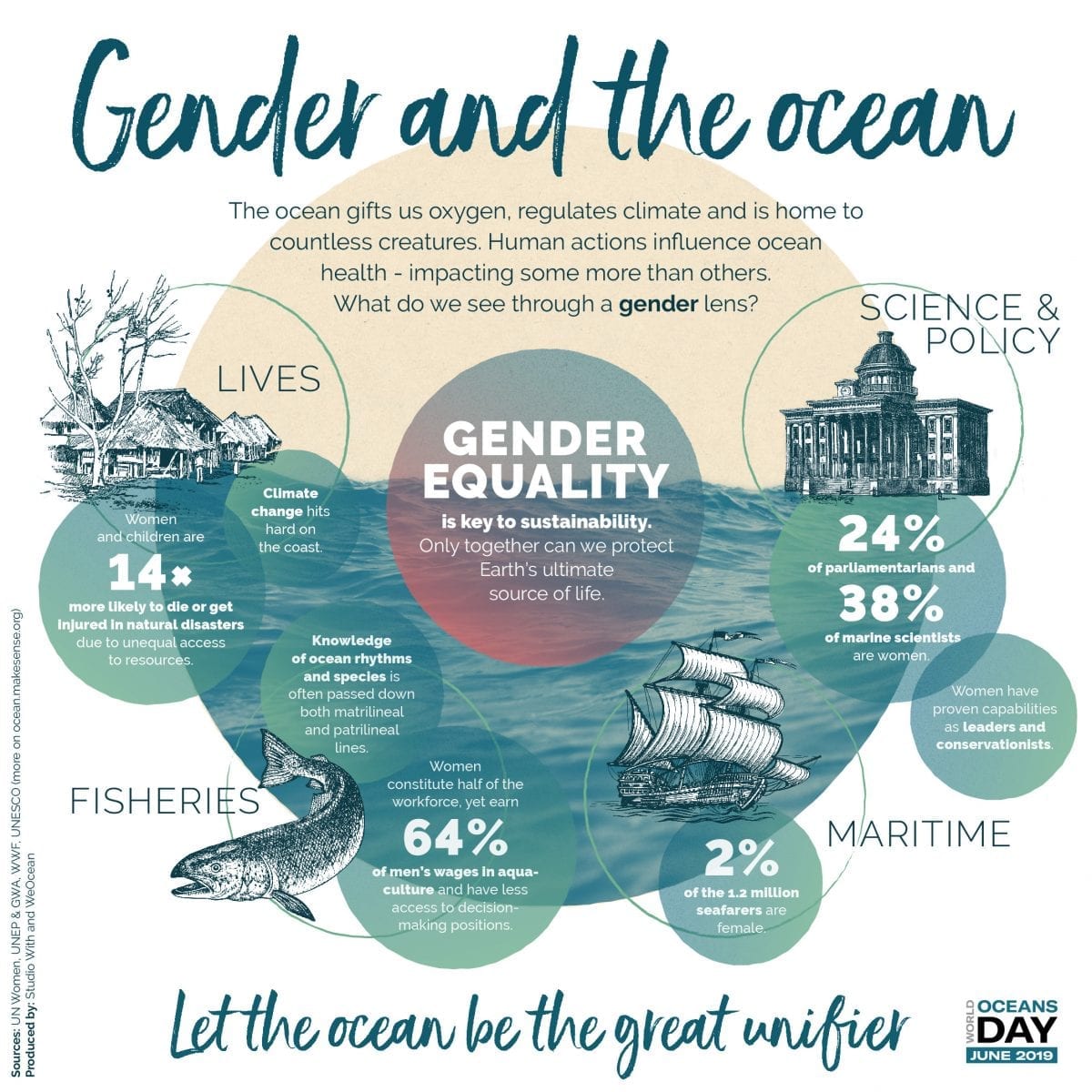 The importance of gender equality — in particular for the effective conservation and sustainable use of oceans, seas and marine resources — is increasingly recognised. However, there is very little data and research on these issues, and concerted action towards gender equality and the empowerment of women and girls is still needed in all ocean-related sectors to achieve Sustainable Development Goal 5.

How to Beat Plastic Pollution

Plastic pollution poses a huge threat to our planet and impacts our marine wildlife. But we can all be part of the solution and reduce our use.

Decades of overuse and a surge in single-use plastics has led to a global environmental catastrophe.

How to Beat Our Addiction to Plastic

How will you #BeatPlasticPollution this World Oceans Day?