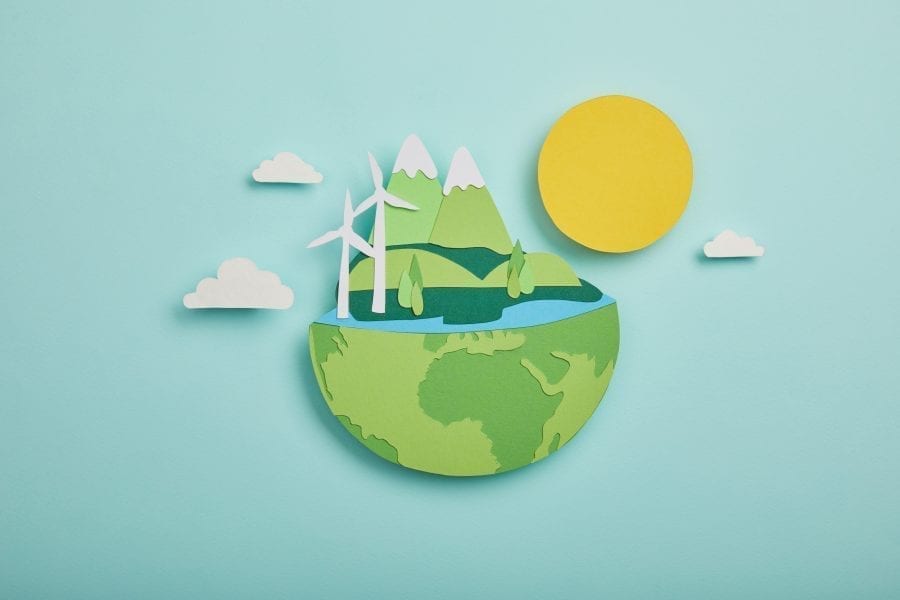 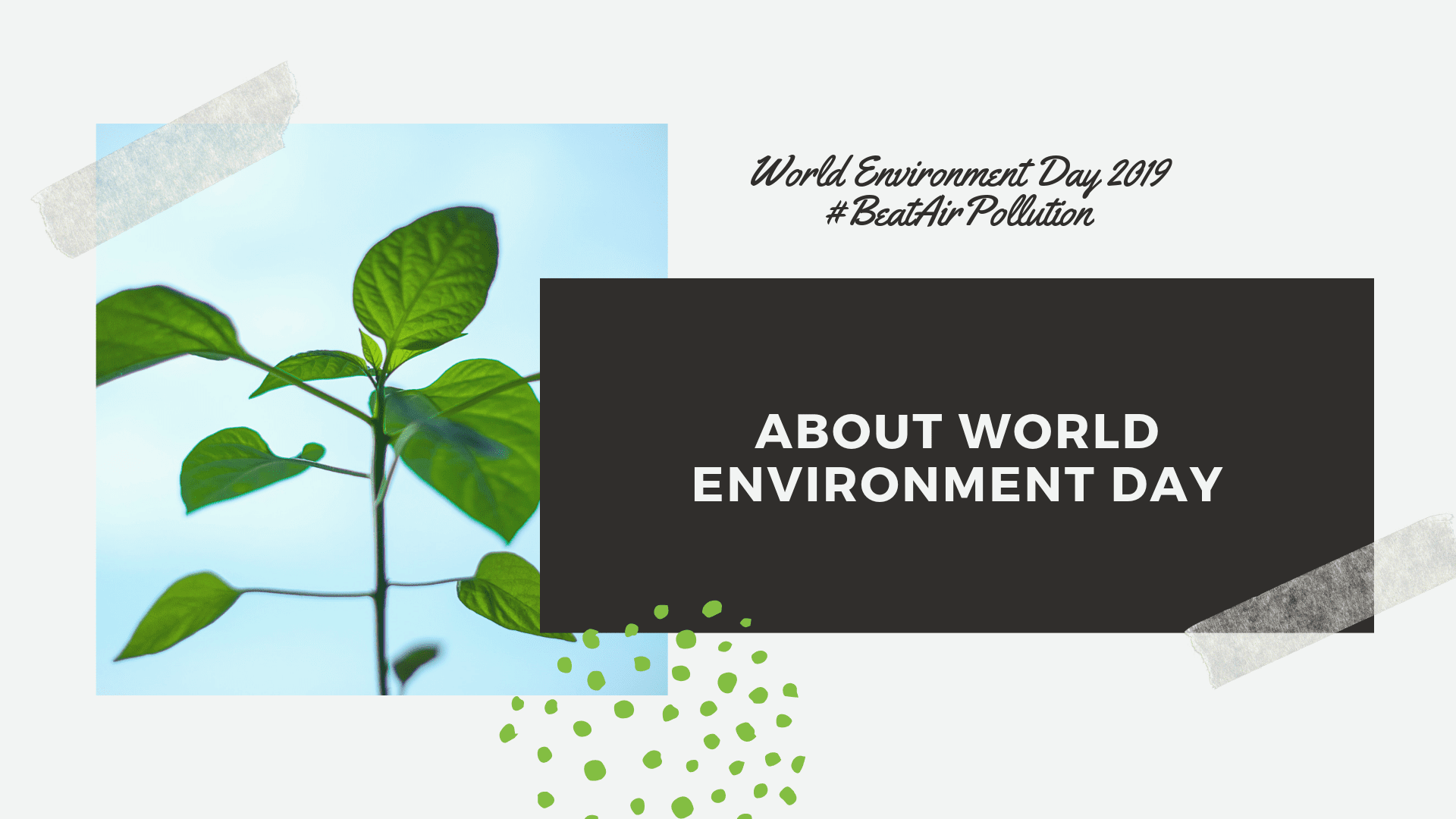 Since its beginning in 1974, World Environment Day has developed into a global platform for raising awareness and taking action on urgent issues from marine pollution and global warming to sustainable consumption and wildlife crime.

Millions of people have taken part over the years, helping drive change in our consumption habits as well as in national and international environmental policy.

It’s a day to reflect, raise awareness and take action towards a more sustainable future. 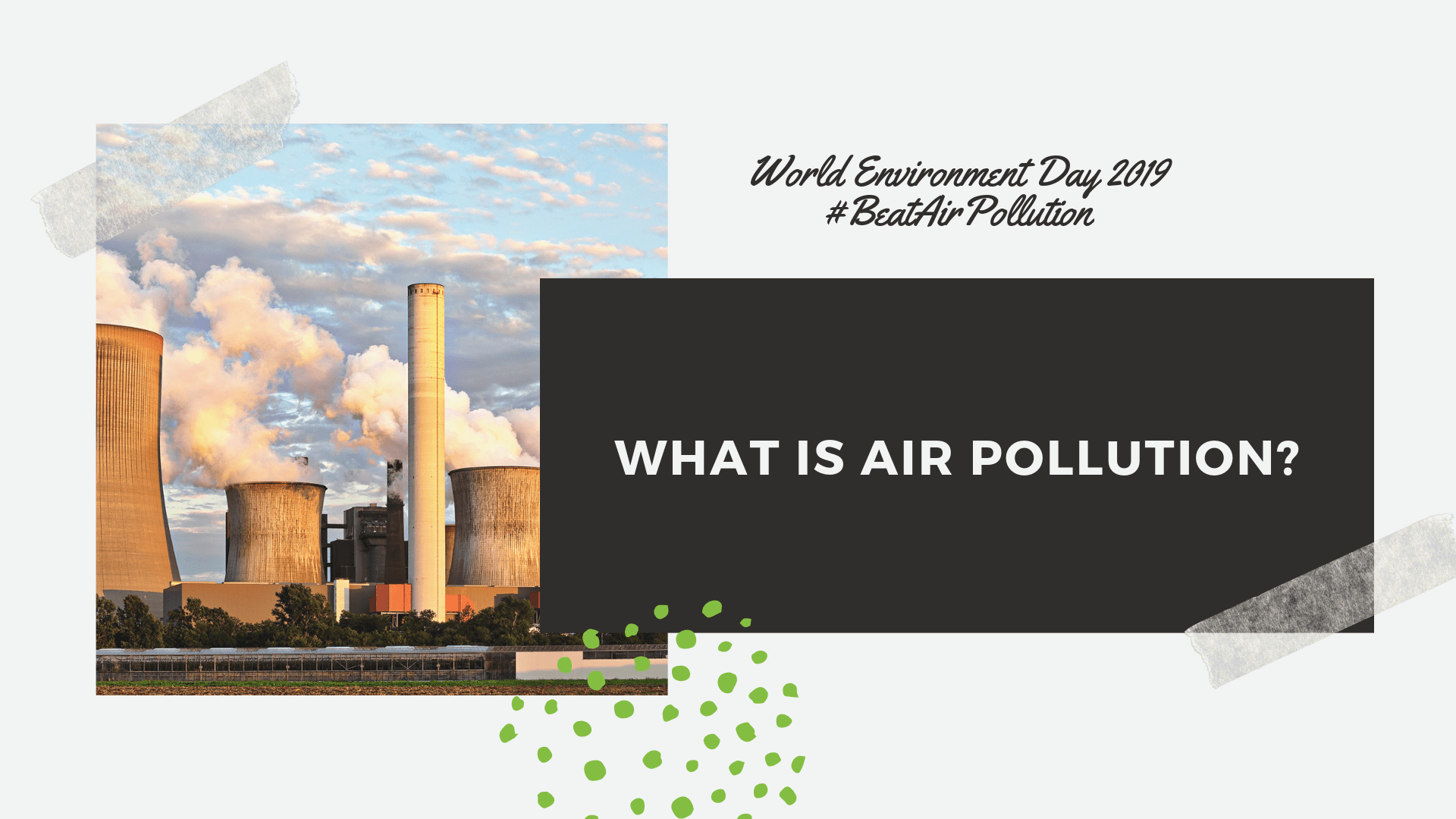 What is air pollution?

Air pollution occurs when the air contains substances that can affect or even cause harm to humans, animals or the wider environment.

Air pollution is a mix of particles and gases that can reach harmful concentrations both outside and indoors. Its effects can range from higher disease risks to rising temperatures. Soot, smoke, mould, pollen, methane, and carbon dioxide are just a few examples of common pollutants. 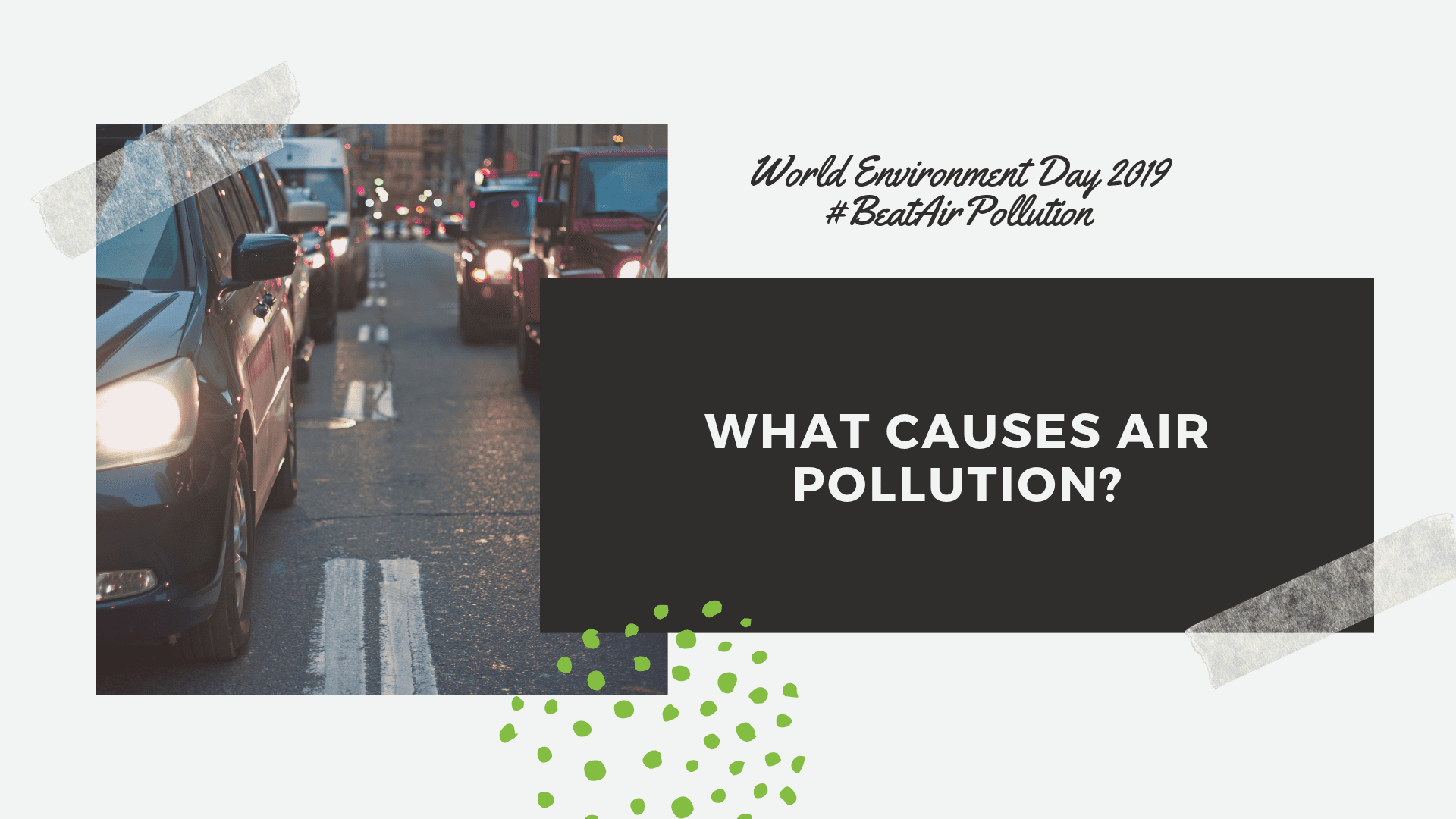 How much pollution we breathe in is dependent on many factors, such as access to clean energy for cooking and heating, the time of day and the weather. 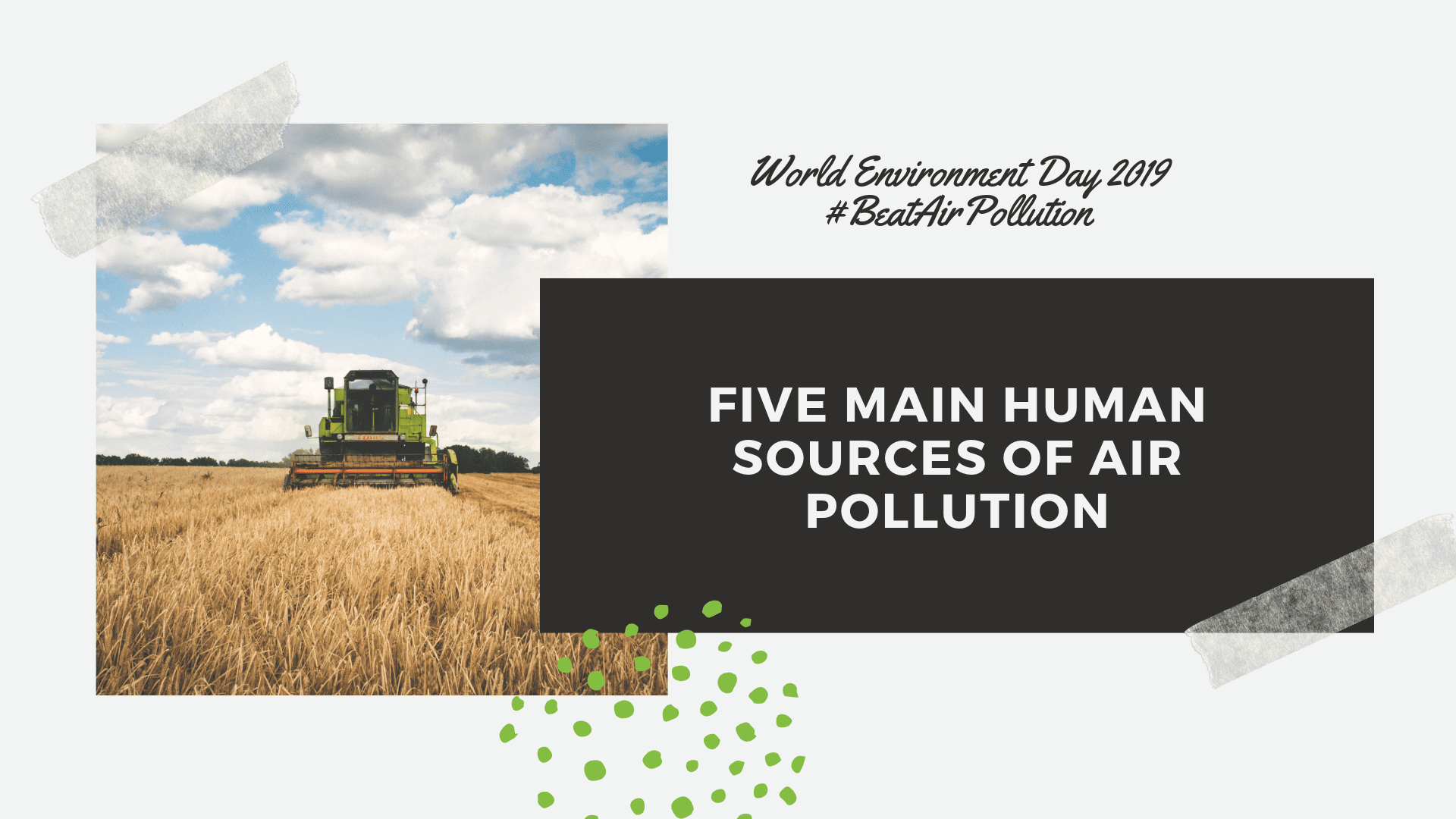 The main source of household air pollution is the indoor burning of fossil fuels, wood and other biomass-based fuels to cook, heat and light homes. Around 3.8 million premature deaths are caused by indoor air pollution each year, the vast majority of them in the developing world.

Out of 193 countries, 97 countries have increased the percentage of households that have access to cleaner burning fuels to over 85 percent. However, 3 billion people continue to use solid fuels and open fires for cooking, heating, and lighting. The adoption of cleaner, more modern stoves and fuels can reduce the risks of illness and save lives.

Coal-burning power plants are a major contributor, while diesel generators are a growing concern in off-grid areas. Industrial processes and solvent use, in the chemical and mining industries, also pollute the air.

Policies and programmes aimed at increasing energy efficiency and production from renewable sources have a direct impact on a country’s air quality.

Currently, 82 countries out of 193 have incentives that promote investment in renewable energy production, cleaner production, energy efficiency and pollution control.

In Australia, the Renewable Energy Target (RET) aims to reduce emissions from the electricity sector, and the Turnbull Government stated that it aimed to achieve a minimum of 20 per cent of energy from electricity coming from renewable sources by 2020.

Currently, the commitment is for renewable energy to supply 33,000-gigawatt hours (over 23.5 per cent) of Australia’s electricity by 2020. Minister Frydenberg has locked in the 23.5 per cent renewable energy target by 2020, in what has been described as a ‘marked change from the avowedly pro-coal rhetoric of the Abbott government.’

The global transport sector accounts for almost one-quarter of energy-related carbon dioxide emissions and this proportion is rising. Transport emissions have been linked to nearly 400,000 premature deaths.

There are two major sources of air pollution from agriculture:

Methane emissions contribute to ground-level ozone, which can cause asthma and other respiratory illnesses. Methane is also a more potent global warming gas than carbon dioxide – its impact is 34 times greater over a 100-year period. Around 24 percent of all greenhouse gases emitted worldwide come from agriculture, forestry and other land-use.

There are many ways to reduce air pollution from this source. People can eat more of a plant-based diet, reduce food waste, while farmers can reduce methane from livestock by optimising feed digestibility and improving grazing and grassland management.

Open burning of agricultural and municipal waste is practised in 166 out of 193 countries.

Improving the collection, separation, and disposal of solid waste reduces the amount of waste that is burned or sent to landfill. Separating organic waste and turning it into compost can improve soil fertility and provides an alternative energy source. Reducing the estimated one-third of all food that is lost or wasted can also improve air quality.

Eliminating global food waste would save 4.4 million tonnes of C02 a year, the equivalent of taking one in four cars off the road.

Other sources contributing to air pollution

Not all air pollution comes from human activity. Volcanic eruptions, dust storms and other natural processes also cause problems. Sand and dust storms are particularly concerning. Fine particles of dust can travel thousands of miles on the back of these storms, which may also carry pathogens and harmful substances, causing acute and chronic respiratory problems. 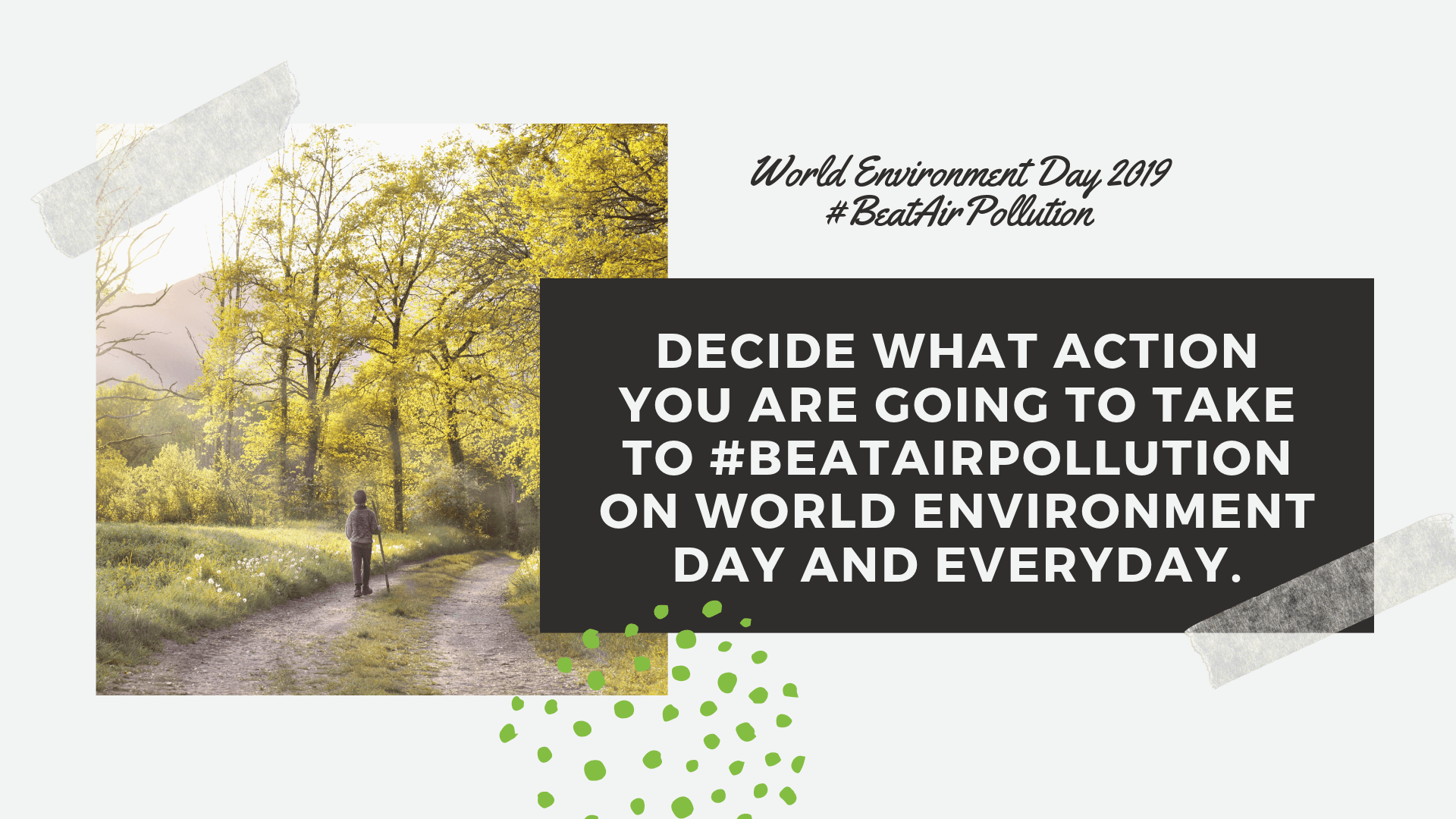 Decide what action you are going to take to #BeatAirPollution on World Environment Day and everyday.

Here are some examples:

What action will you take this World Environment Day to #BeatAirPollution?